The Benefits Of Co-Educational Schools

The Benefits Of Co-Educational Schools

More often than not, single-sex schools tend to adopt a curriculum designed for one gender. For instance, it's more likely that you will find more technical courses in a boys' school. Likewise, a curriculum in a girls' school could offer cooking and tailoring classes that are traditionally associated with the female gender. However, this is not the case in a co-educational school. These schools have a wide range of subjects since they have both genders. Therefore, a girl could choose to learn woodwork while a boy could opt for culinary lessons or vice versa.

Co-educational schools help create a culture of equality among both genders. Typically, both boys and girls grow in an environment where responsibilities and opportunities are not defined by gender. For instance, leadership positions are awarded to the most deserving students regardless of their gender.

At a young age, girls and boys seem to be worlds apart. Co-educational schools help break this notion. In school, boys and girls compete in a friendly environment. As such, they realise that their gender does not give them an advantage in specific activities. For example, a boy could realise that a girl is better at athletics than he is. On the other hand, a girl could learn that boy can cook or clean better than her. These experiences will help children develop mutual respect for each other. It goes a long way in tearing down gender stereotypes. 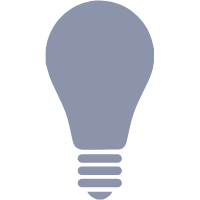 Our opportunities to learn and improve ourselves are limitless. Educational options and personal development prospects are readily accessible, in a wide range of categories. We have created this website as a vehicle to showcase our curated education and development blogs. Are you looking for a new career? Explore blogs that highlight vocational opportunities and schooling for careers such as medical assistants, truck driving or blue-collar trades that are in high demand and offer high paying jobs with minimal training. If you’re interested in learning a new skill or hobby, explore personal development blogs about everything from flying lessons to golf lessons and more.

The Benefits Of Co-Educational Schools
14 April 2021